<+NicholasKitts> I’m Nicholas Kitts, I’m the creator of Children of the Beast. It’s a monster hunting rpg that we say is akin to Bloodborne crossed with D&D.

<+NicholasKitts> The game is about playing beast hunters in a strange evolving world, tempted to stretch the limits of their humanity by evolving like the wilds themselves

<+NicholasKitts> Mechanically this is through the consuming of beasts, which can mutate and alter your character as you steal their abilities

<+NicholasKitts> But roleplaying-wise we want to set you in this bizarro world we have and see how you react to it. There are elder deities roleplayed by your gm that can tempt you with power and the like

<+NicholasKitts> And, to a degree, defining your own morality in a primal world

END_OF_DOCUMENT_TOKEN_TO_BE_REPLACED

<+DavidB> I’m David Baity and I’m the author of the upcoming Dark Trails RPG. DT is an RPG set against a Lovecraftian weird west. It’s based upon the Dungeon Crawl Classics rule set. It just wrapped up on Kickstarter and I hope to

END_OF_DOCUMENT_TOKEN_TO_BE_REPLACED

<+Octatonic> I think the rest of us will let Cat take the lead on this, but for the record I’m Kathleen, I’m a playtester and edit/produce the podcast.

<+CatlingGun> Heroic Chord is what I like to call “optimistic fantasy”, a sort of wide-open game about recovering a long-destroyed world. Player characters are Rangers, the chosen ones of remote stone gods called Deiliths, who use teamwork and survival skills to help the world rebuild itself.

<+CatlingGun> It’s been compared to things like Breath of the Wild and Xenoblade Chronicles in terms of setting. In terms of gameplay, much of what makes it special revolves around systems that encourage players to solve problems by making difficult choices.

<+CatlingGun> Magic is somewhat free-form, but the GM sets costs, forcing players to think about their priorities. Players can add additional successes, called Edge Successes, to their rolls if they agree to take a consequence offered by the GM.

END_OF_DOCUMENT_TOKEN_TO_BE_REPLACED

<+JosiahM> Thank you Dan and everyone else who is here! Tonight I’ll be sharing my new swords & sorcery RPG, BLADE, with you all

<+JosiahM> BLADE is set in the classic high fantasy setting made famous by Dungeons & Dragons, but it introduces captivating gameplay with an original set of mechanics. I started writing the game back when I wasn’t allowed to play tabletop RPG’s, so the rule set is accessible and original while producing the gripping gameplay that makes TTRPGs so great

<+JosiahM> In a 100-page rulebook, BLADE presents the succinct rules for Players including Character creation, a short section of tips and tricks for GMs, and 50+ creatures and NPCs.

<+JosiahM> The rules themselves are designed with customization in mind. My biggest frustration with classic RPGs are the rigidness of gameplay. Opposed to using fixed class-based Character creation, BLADE Characters are created by assigning 65 Skill points into 16 different skills, selecting positive and negative characteristics, and selecting a Race.

<+JosiahM> The magic system is similarly customizable by allowing players to write their own spells. Using a brief, six-step system Players create their own original spells to fit their unique play styles which introduces innovation and unpredictability for players and GMs.

<+JosiahM> The game is currently available for pledges on Kickstarter, where you can find videos on the skill roll mechanics, combat demos, and examples of magic usage and spell creation (Link: https://www.kickstarter.com/projects/1133637349/blade-fantasy-rpg-featuring-specialization-and-accessibility?)https://www.kickstarter.com/projects/1133637349/blade-fantasy-rpg-featuring-specialization-and-accessibility?

END_OF_DOCUMENT_TOKEN_TO_BE_REPLACED

<+catty_big> Hello RW peeps! I’m catty_big, I’m a keen roleplayer and game designer, with one published game under my belt, two in beta, several in progress and about a million in my head…

<+catty_big> …but unfortunately I’m also a very slow typer, so please be patient with me.

<+catty_big> And tonight/this afternoon/morning or whereever in world y’all are tuning in from, I’m going to be talking questions about my latest project, a pseudo-Mediaeval game called Lands of Plenty.

<+catty_big> Lands of Plenty is a significant departure for me. My publishing imprint is called indyhippo, which is a joking reference to the fact that most of my games are what used to be known as ‘indy hippy’ games…

<+catty_big> The lands of the title refer to a multiplicity of realms spread over a vast continent about the size of Central Asia, or 1830s US, …

<+catty_big> …which are just now emerging from a 200 year period of near-constant war, in which a number of powerful clans fought for dominance, rivaling and eventually eclipsing the previous rulers – kings, princes and dukes etc. – to the point where they are now the de facto rulers of large swathes of territory.

<+catty_big> The clans having fought each other to a standstill, a fragile peace now obtains, but for how long?

<+catty_big> There’s a lot more I can say by way of introduction, but I think I should declare myself “done” for now, and take folks’ questions for a bit.

END_OF_DOCUMENT_TOKEN_TO_BE_REPLACED

<+randy-zafir> Zafir is a TTRPG with a focus on tactical, cover-shooter combat and inclusivity in character creation. Alright, let’s dive into some questions!

END_OF_DOCUMENT_TOKEN_TO_BE_REPLACED

<+Polyhedralknight> Hi, I’m Mickey Barfield, game designer for The Polyhedral Knights. Our game we are talking about today is Pirates of a Shattered World 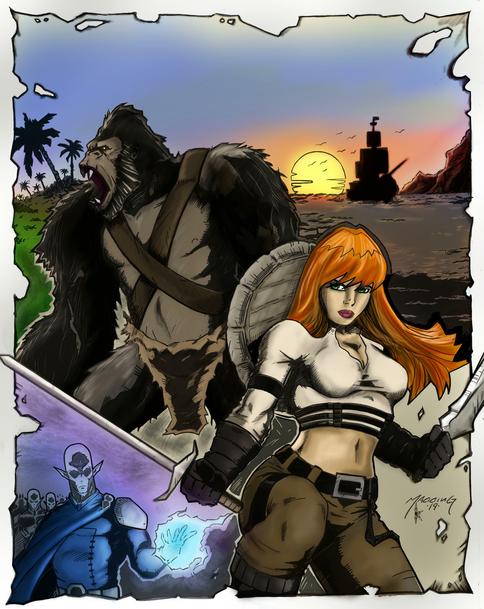 END_OF_DOCUMENT_TOKEN_TO_BE_REPLACED

[Q&A] Mike Lafferty (The After)

<+Mike_Lafferty> I’m here to promote The After

<+Mike_Lafferty> The After is for Savage Worlds Adventure Edition

<+Mike_Lafferty> while SW does have other PA settings (Savage Rifts, Hell on Earth, a few others) the niche we are filling is specifically frontier-western&Post-apocalyptic mashup

<+Mike_Lafferty> my tag line for it has been: “It’s like Mad Max and The Revenant had a baby – and maybe Alien Nation was the nanny”

<+Mike_Lafferty> THE AFTER is set in the northwestern reaches of the broken North American continent. You play survivors of the shattered human race trying to rebuild their world after nearly a century of alien predation and war. The utterly destructive invasion of Earth, followed by a terrifying war between rival Alien species far more advanced than mankind, has left the Ear

<+Mike_Lafferty> a broken version of its former self. Major cities and areas of industrial and military strength have been completely obliterated. Only in the worlds most sparsely populated areas have people survived: areas that were ignored or undervalued by the the rampaging alien forces.

END_OF_DOCUMENT_TOKEN_TO_BE_REPLACED

<+KenSpencer> I am Ken Spencer, rector of Rocket Age and owner of Why Not Games. We are currently running a kickstarter camping to fund our adaptation of the classic Rocket Age system to 5e with…Rocket Age (5e)!!

<+KenSpencer> Rocket Age (5e) brings the 1938 that never was and the Solar System that should have been to the 5th iteration of a popular tabletop RPG whose name we can’t actually say. 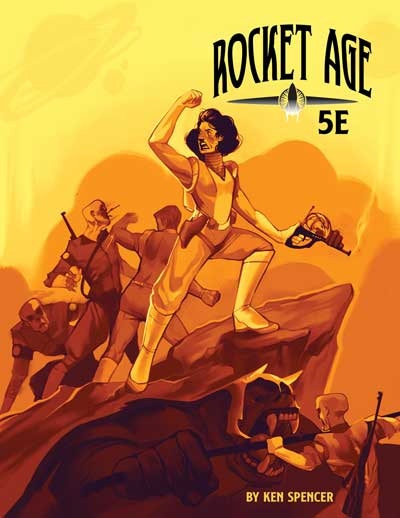 END_OF_DOCUMENT_TOKEN_TO_BE_REPLACED

<+JamesMillward> Hi, so I’m James Millward, I am a writer and a tabletop game designer and founder and lead writer for Adrian Vox Games.

<+JamesMillward> The game I am trying to sell you today is called Stormforged, which is available on kickstarter right now

<+JamesMillward> and are looking to hold a public playtest soon, information on that is going on the kickstarter page and on the twitter page @AdrianVox1

<+JamesMillward> so go follow us, we get lonely talking to ourselves

<+JamesMillward> Stormforged itself is a high fantasy setting, set over 3 continents each with their own history and stuff going on there.

<+JamesMillward> Player characters usually take on the form of adventurers, making their way in the world in various ways.

<+JamesMillward> Character creation is based around a Stormforged Artifact that you wield, and is the source of the character’s power. As a player you get to build up your character’s Artifact by choosing cores and attaching them together.