[20:03] <+BenWoerner> Hi! I’m Ben Woerner, Game Designer. I’m the owner of WunderWerks game and I am partnered with Gallant Knight Games who handles a lot of my back end distribution and the like. I have Nighty Knights the RPG on Kickstarter right now ((Link: https://www.kickstarter.com/projects/381911690/nighty-knights-the-rpg)https://www.kickstarter.com/projects/381911690/nighty-knights-the-rpg) and it is going great!  It uses the TinyD6 system and is a

[20:03] <+BenWoerner> game where you play stuffed animals defending their sleeping children from monsters and nightmares.

[20:05] <+BenWoerner> You may know me from my first game World of Dew, a samurai noir RPG, or from my work as a developer on the Ennie Award winning Pirate Nations supplement for 7th Sea 2E.

[20:05] <+BenWoerner> Or one of the many other freelance projects I’ve worked on like Scion 2E, Wrath & Glory, Baby Bestiary, etc..

END_OF_DOCUMENT_TOKEN_TO_BE_REPLACED

[19:35] <&TimKirk> Hearts & Souls is designed to focus on the important things behind heroes: Their motivations. Their reasons for being and doing things. It’s original engine was a fantastic little game, but it needs a new edition. Which is why I’ve got it on kickstarter, to help me get better graphics, better layouts, and the best editing I can.

END_OF_DOCUMENT_TOKEN_TO_BE_REPLACED

[19:34] <+JamesEmbry> So.  My name is James.  I wrote a game called Raven of the Scythe.  It is a fantasy role playing game that tries to take the tropes and trappings of traditional fantasy gaming, but dials it  back just a bit.

[19:34] <+JamesEmbry> I don’t like to say that the game is “realistic” because…well it is a game with magical lighting bolts and stuff.  But I think it has sort of a grounded feel to it.

[19:35] <+JamesEmbry> It is made for low to mid magic level settings.  So while magic is accessible, it shouldn’t feel common place.

[19:36] <+JamesEmbry> The players take on the role of adventurers. And while they may become very skilled and powerful, they never reach a point of being invincible by any means.

[19:37] <+JamesEmbry> But the game is still geared toward traditional styles of play like questing and dungeon crawling and monster hunting.  Its just that there can be some very serious consequences.

[19:38] <+JamesEmbry> With that being said.  It isn’t a dark and gritty or a grim dark game.  I didn’t want peoples arms coming off or rules for epic gore or anything like that. I have been calling it “dim dark” and it seems to work.

[19:39] <+JamesEmbry> I keep telling everyone that I wasn’t trying to reinvent the wheel with this game, rather my goal was to just make a really good wheel that hopefully people will enjoy. 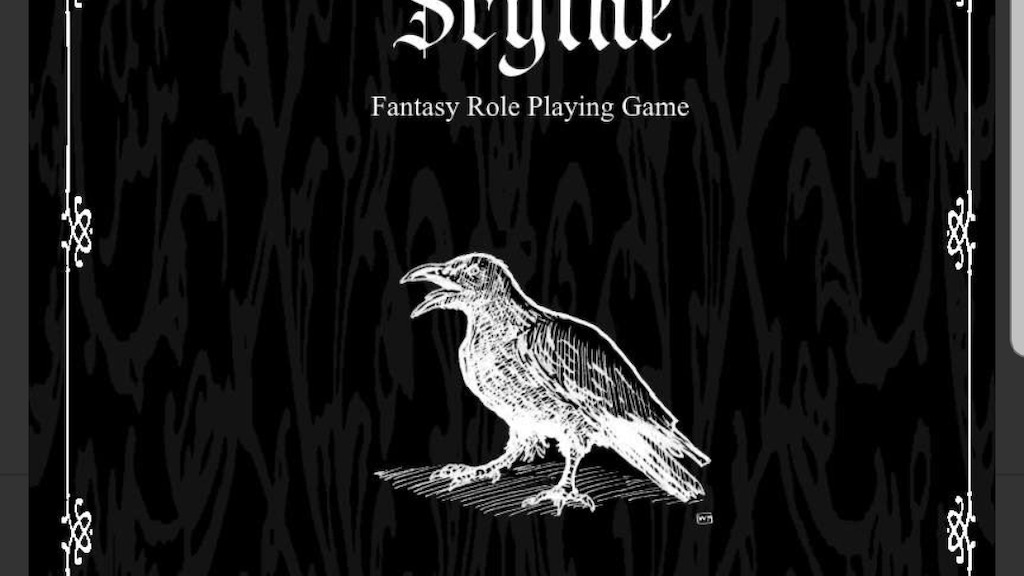 END_OF_DOCUMENT_TOKEN_TO_BE_REPLACED

[19:38] <+Craig> I am Craig Sieracki and I am the creator and author of CULT! An Elder Beings RPG. IT is a rules-lite, quick set up RPG. It was designed for people with busy lives (like myself) who still would like to hang with friends and play games. It is the same game system as our previous game CHOMP!, but with thematically different. A game can be set up and played in

[19:40] <+Craig> Players tend to go for a more light hearted gaming session as it is usually used as a break stress or as an nice break from longer campaigns. (Done)

END_OF_DOCUMENT_TOKEN_TO_BE_REPLACED

[19:33] <+RayM> I am the apparently innocuous, pervasively infamous Ray Machuga and my game is Slasher the RPG (or Slasher (Revised) if you go by the title on DriveThruRPG.com.) or simply “Slasher.” It’s an homage to the best slasher movies such as Friday the 13th, Nightmare on Elm Street, Scream and, my personal favorite, Halloween.

[19:36] <+RayM> The game is a lot like any other tabletop RPG, but it adds an element of PvP. one of the players will be the feared Killer. The masked villain whose sole purpose is to stalk and kill the Survivor characters.

END_OF_DOCUMENT_TOKEN_TO_BE_REPLACED

[19:35] <+Drew_Cochran> Hello all, my name is Drew Cochran and I’ve produced a Roleplaying Game called the Epic of Dreams!

[19:36] <+Drew_Cochran> It’s a game that requires no dice, paper, pens, or implements of any kind when learned

[19:36] <+Drew_Cochran> Setting agnostic, focused on teaching the joys of drama and immersive roleplay

[19:37] <+Drew_Cochran> And the Core Rulebook draws upon world mythology to give a foundation and context for worldbuilders and other settings.

[19:37] <+Drew_Cochran> When you learn how to play the game, you can run it in a pinch, and even though the rules are designed such that they’re light, they still have a lot of depth of play.

[19:38] <+Drew_Cochran> We have just enough granularity to provide a sense of real, weighty progression, and the choices that players make, both in Hero creation, and in play, Matter.

END_OF_DOCUMENT_TOKEN_TO_BE_REPLACED

[19:31] <+LiamGintySPG> Hello! I’m Liam Ginty, designer at Sandy Pug Games. We’ve mainly focused on Dungeon World and Fate content till now but have recently started making our own games. We had some kickstarter success with a small microgame called Orc Stabr and we are right now campaigning for a game called Americana

[19:32] <+LiamGintySPG> Americana is a game designed around murder mysteries, set in a fantasy version of the 1950s, you play as teenagers, build a magical fantasy town and then try to solve the murder of your close friend – who you also generate as a character during session zero