[19:35] <+ScottGaeta> I’m Scott, prez of RGS. We make lots of board games and are now making an original RPG, Overlight! This is the start of an entire game world that we plan to expand in the RPG space and through other types of tabletop games.

[19:36] <+PaulAlexanderButler> Overlight is a long-gestating RPG project by myself and co-creator George Holland. It’s a fantasy setting without the traditional fantasy RPG tropes. 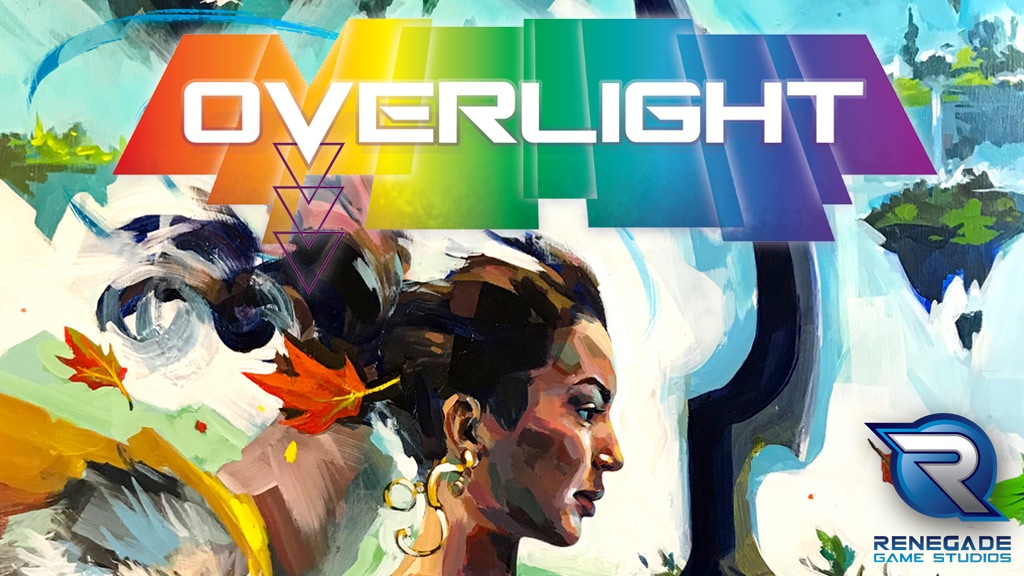 END_OF_DOCUMENT_TOKEN_TO_BE_REPLACED

[Q&A] Benjamin Williams (An Atlas of the Horizons)

[19:30] <+BenjWilliams> My name is Benjamin Williams, and I’ve been playing RPG’s for over 20 years.  For a good chunk of that, I’ve been working on An Atlas of the Horizons

[19:32] <+BenjWilliams> AAotH is a tabletop RPG set in a fairy-tale-esque fantasy world on the cusp of its technological heyday.  Although manufacturing and mass production don’t exist, individual inventors can create wonderful marvels

[19:32] <+BenjWilliams> The game focuses on competent characters helping shape and protect their world in the wake of the gods’s abandonment.

[19:33] <+BenjWilliams> The gods locked themselves physically into their temples over a century ago, and humanity has learned to take care of themselves, and is rebuilding and working together to create a safe world. 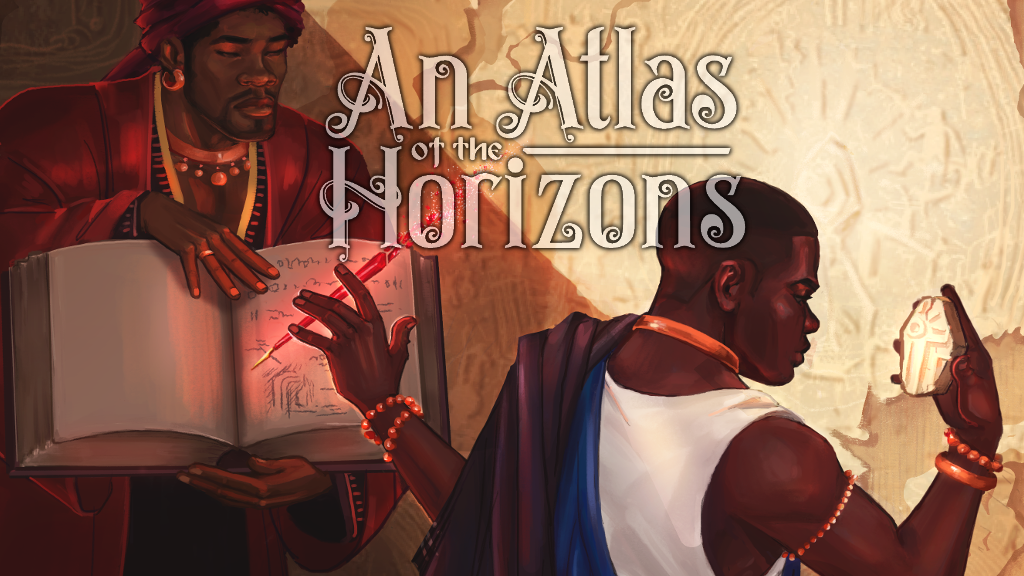 END_OF_DOCUMENT_TOKEN_TO_BE_REPLACED

[19:34] <+JacobKellogg> Well, my name’s Jacob and I’m a new game designer living in Minnesota.  At the end of January I quit my (unrelated) job and cashed out my savings so I could try to launch a career.  In that time I created Purple Aether Games (just an LLC to publish under) and released a one-page RPG and a couple of DM’s Guild titles.  Now I’m Kickstarting a bigger project:

[19:35] <+JacobKellogg> Journey Away is a non-challenge-based fantasy RPG, wherein you create a story together rather than try to overcome obstacles before you run out of Pacing Mechanic.  😉  (done) 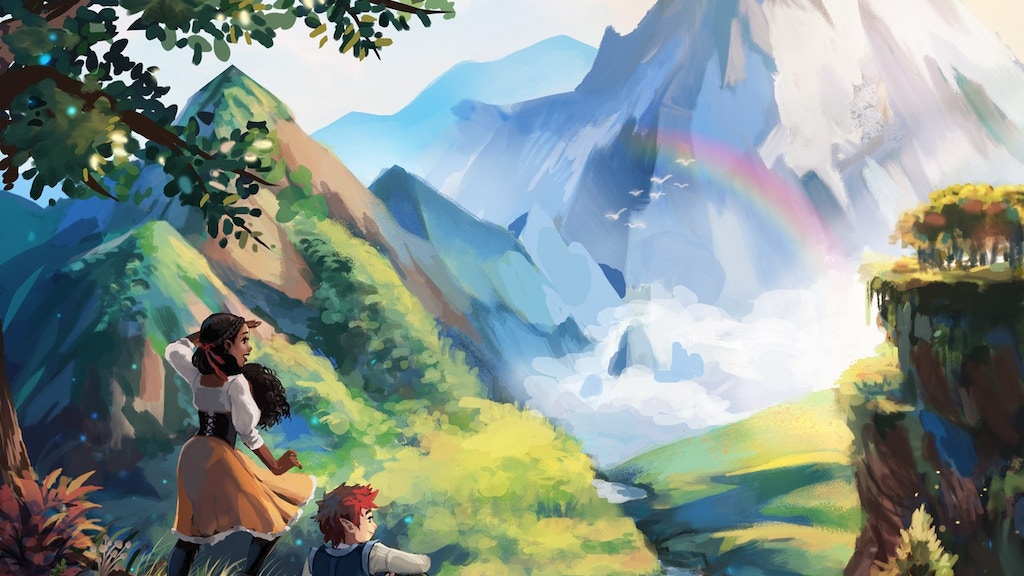 END_OF_DOCUMENT_TOKEN_TO_BE_REPLACED

[19:30] <+MarisaG> Hello, my name is Marisa, and I am a 50yo indie game designer in the San Francisco bay area. Back in the 90-00’s i used to work for Macromedia. I have had around 21 games on the Apple iOS app store, though i have no more there now.

[19:30] <+MarisaG> I started with RPGs back in the late 70’s and early 80’s, playing D&D (AD&D not out yet) and Traveler. And creating several EAMON text adventures, including making them work over a modem as doors on my BBS. I used to love painting figurines though I never had anyone to play games with me. My little brother was always stealing my Traveler books and materials. 😂 What can you do?

[19:31] <+MarisaG> My current games are Imperium & Wolfpack Empire, which are multiplayer text games, a version of Super Star Trek which is based on the classing game from the 70’s-80’s. Imperium is a space strategy game similar to Empire but set in space. I also have a Battlemech MUX set in the 3067 era at the (Link: https://MekCity.com)https://MekCity.com website if you are looking for online multiplayer mech battle action. You can of course battle bots 😁

[19:32] <+MarisaG> My most fun game that is still in active development is what we are here for today is called “Mundo Sangre” which means “Blood World” and is a steampunk/zombie mash-up. It is a 2d graphical MUD/RPG and can be played either with a HTML5 browser such as the iPad or Android tablets. On the mac/win/linux platforms there is also a dedicated client with higher performance. Just go to (Link: https://MundoSangre.com)https://MundoSangre.com for more info.

[19:32] <+MarisaG> The main story to MS is that a blood rain fell killing most people and mutating others into horrible monsters, and you are on a quest to find a cure for this plague.

[19:33] <+MarisaG> I offer server hosting for several gaming platforms, (Link: https://PocketMud.com)https://PocketMud.com is for CoffeeMud text MUD hosting, and (Link: https://LugdunonCity.org)https://LugdunonCity.org is for the 2d RPG/MUD is for the multiplayer graphical MUD engine Mundo Sangre is created with. As you can see in MS you can create quests & crafting recipies within the game itself in a graphical UI, no coding required (though for more complex tasks there is scripting available). Not only can you

[19:33] <+MarisaG> As a thank you for your attending my Q&A I am giving away free hosting for Lugdunon, which I normally charge $14/month for. You will get a full website with email etc. and the game set up and ready to be customized. To be sure it is fair I will use Dan’s number roller and the highest gets the hosting 🙂

END_OF_DOCUMENT_TOKEN_TO_BE_REPLACED

[19:32] <+Scott_LRGG> Mostly done 3rd Party Pathfinder & Starfinder stuff. We are most popular for our Necropunk and Gonzo lines.

[19:32] <+Scott_LRGG> I also am one of the hosts of the like… 40 episodes of the Professional Goblins Podcast.

[19:32] <+Scott_LRGG> Lots of other stuff but those are the highlights 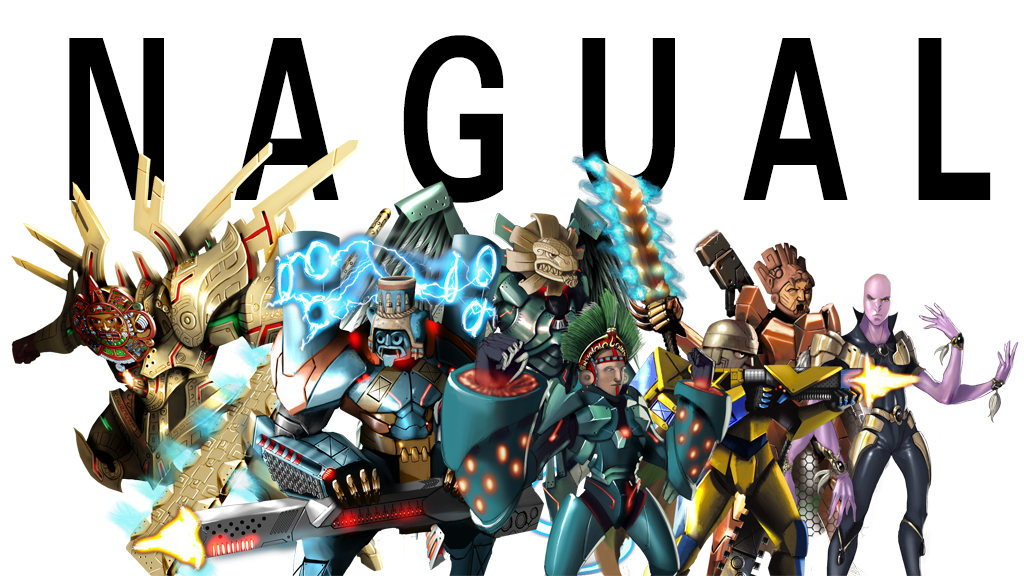 END_OF_DOCUMENT_TOKEN_TO_BE_REPLACED

[19:35] <+Max_ShatteredTower> So, my name is Max – and I’m here tonight with my partner Andrea – we’re from Italy and we’re part of the Shattered Tower team.

[19:36] <+Max_ShatteredTower> shattered tower is a new/upcoming myth punk RPG, that we like to describe as straightly focused on discovery, survival and exploration. 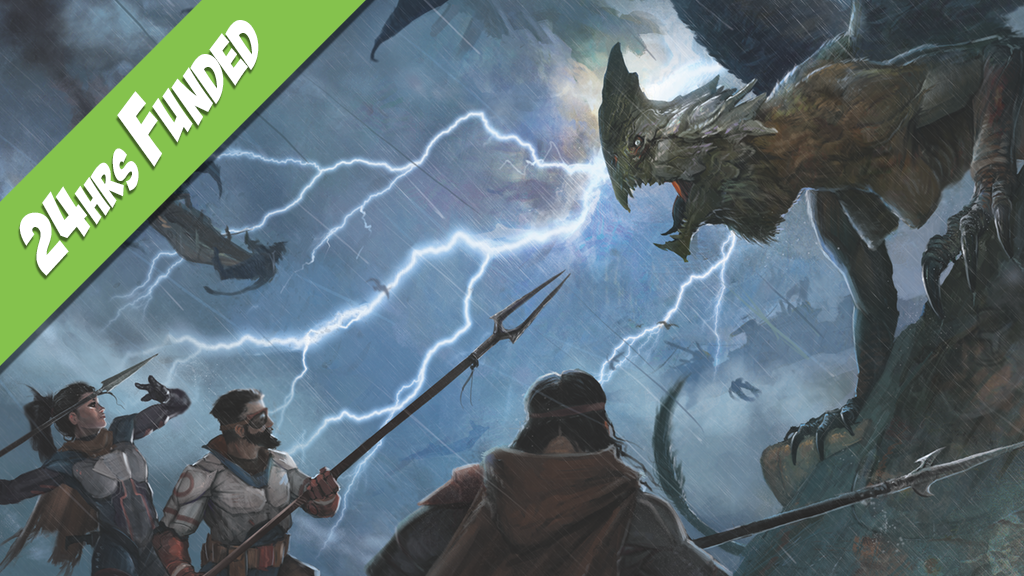 END_OF_DOCUMENT_TOKEN_TO_BE_REPLACED

[13:32] <+Chris_BlackVoid> Hello everyone, my name is Christoffer and one week ago I launched my dark fantasy rpg BLACK VOID on Kickstarter

[13:33] <+Chris_BlackVoid> BLACK VOID is a dark fantasy tabletop roleplaying game revolving around the fall and subsequent resurgence of humanity after cataclysmic events have torn them from Earth. Pursuing power, prestige and enlightenment – humanity is struggling to find a new place and purpose in a vast and unfamiliar cosmos.

[13:33] <+Chris_BlackVoid> At its core the game is about the exploration, struggle for survival and will-to-power of humanity as it encounters an outlandish, bizarre cosmos. This is not a typical game of “good versus evil”. Rather, it takes a less rigid approach and probes the grey areas where morals are point-of-view.

[13:34] <+Chris_BlackVoid> The entire system is based on a few basic principles, making the rules easy to grasp and implement, which in the end gives more time for the fun bit, namely playing the game. The point of simple rules is that they can be made to fit anything an inventive Game Master or player can come up with, granting endless possibilities within the game.

[13:34] <+Chris_BlackVoid> It is based on the magnificent D12, bringing this overlooked dice to true glory ! 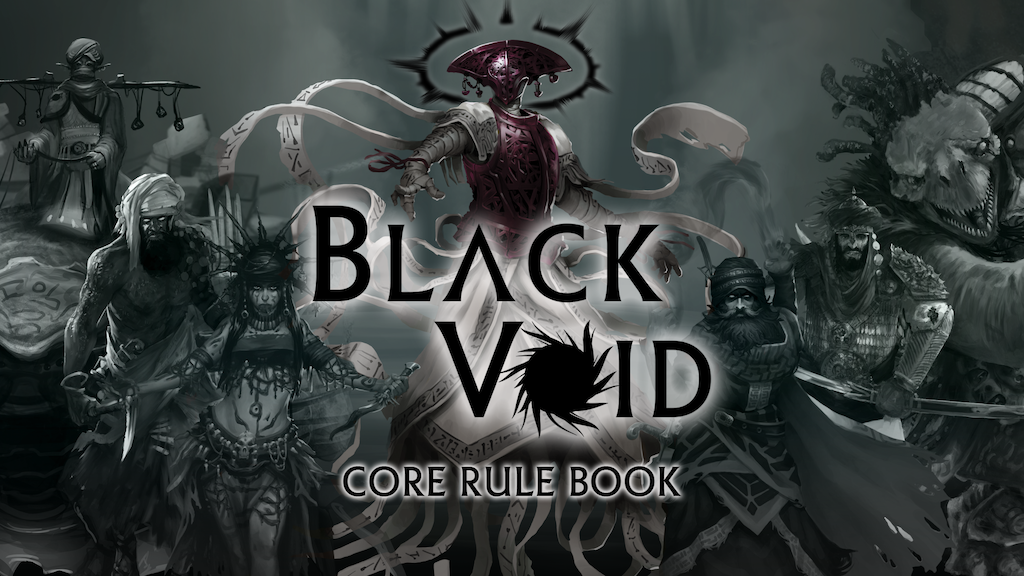 END_OF_DOCUMENT_TOKEN_TO_BE_REPLACED

[19:36] <+John_Cactyys> I am John Geddes, i am the lead writer for our current project Syystem 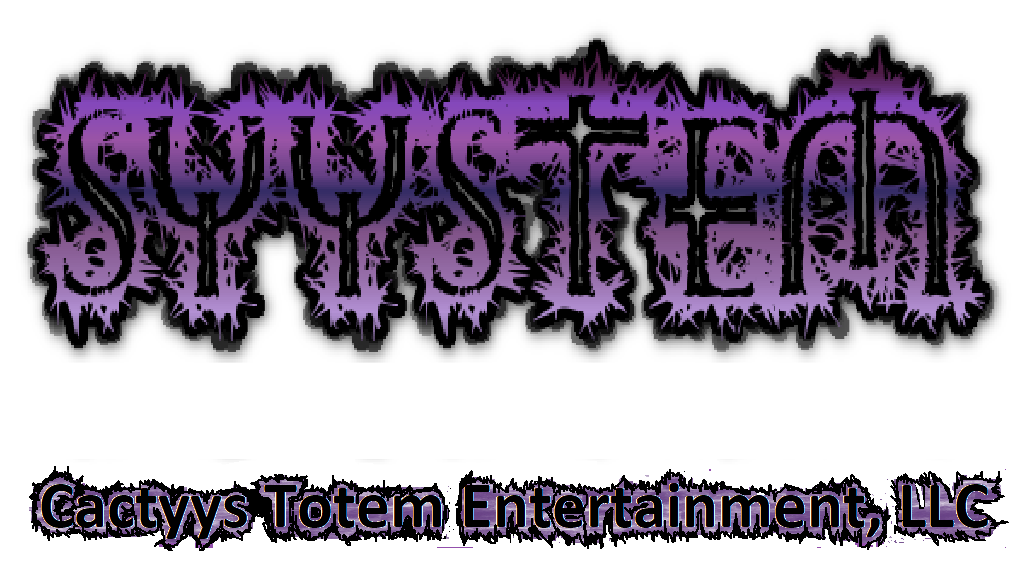 END_OF_DOCUMENT_TOKEN_TO_BE_REPLACED

[19:32] <+DiogoNogueira> Hi, my name is Diogo Nogueira, I am from Brazil, and I am kinda of an RPG enthusiast. I’ve been playing since I was about 10 years old.

[19:32] <+DiogoNogueira> I began with a Brazilian RPG called Tagmar and soon got into D&D (the black introduction box of early 90s) and then into AD&D 2e. I played through GURPS, Vampire (and other Classic World of Darkness games), Shadowrun.

[19:33] <+DiogoNogueira> Got back to D&D with 3rd edition and 3.5, but took a break at the end of it because of college and work. I came back in 2010 and got a bunch of 4e books. Played for an year and found out it wasn’t exactly what I was expecting.

[19:33] <+DiogoNogueira> Then I decided to look around this magnificent thing we call the internet to see what people were playing. I discovered Indie games, the OSR and a bunch of other stuff and played everything I could get my hands on.

[19:33] <+DiogoNogueira> In the end, I fell in love with the OSR and all its crazy creations, discovered the Appendix N literature and saw that we could make the hobby our own, with our own creations and share it with the community. And that’s what I am doing with Old Skull Publishing.

[19:34] <+DiogoNogueira> And now I have a crowdfunding campaign at IndieGoGo (Brazilian authors can’t use Kickstarter, since they don’t have an office in Brazil) to produce Solar Blades & Cosmic Spells.

[19:34] <+DiogoNogueira> SB&CS is a game about sword and sorcery adventure amongst the stars that used a revised version of the game rules of Sharp Swords & Sinister Spells.

[19:34] <+DiogoNogueira> It’s set in a post-apocalyptic universe when these sorcerous tyrants rule different sectors and the player characters try to survive and make their own destiny. It has spaceships, swords, pistols, lasers, sorcery, aliens, robots, undead, demons and all that craziness of pulp fantasy.

END_OF_DOCUMENT_TOKEN_TO_BE_REPLACED

[20:29] <+DouglasCole> I’m the Chief Everything Officer for Gaming Ballistic

[20:30] <+DouglasCole> GB started as a blog, and morphed into a gaming and publishing company when I saw that I had a game I wanted to make, which was Dragon Heresy 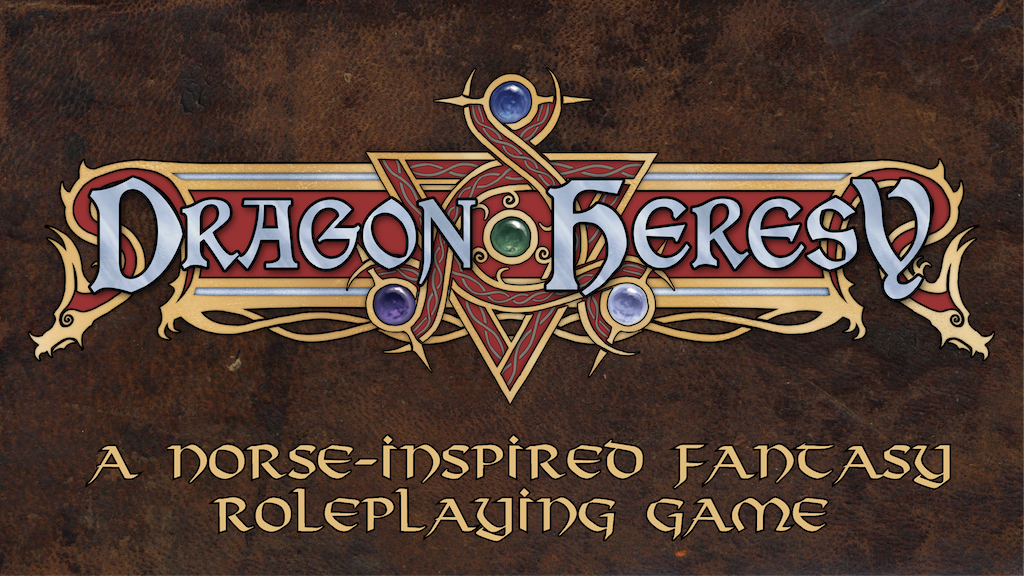