[19:00] <+SkullDixon> I’m Josh Dixon, but most people call me Skull. I am a freelance Animation, Illustrator, and Story Artist out of Portland, Oregon Recently I have been kickstatering my game Cleadonia

[19:01] <+SkullDixon> Cleadonia is a role playing game were players take on the roles of adventurers who explore the   hidden and dangerous corners of the world. The game takes place in a high fantasy world wherein lives   many fantastic races, many of who are not your usual fantasy fair. In fact you will not find any playable   Elves, Dwarves, Humans, Gnomes, Goblins, Halflings,

[19:01] <+SkullDixon> All the races in this game are  anthropomorphic animals. END_OF_DOCUMENT_TOKEN_TO_BE_REPLACED

[19:05] <+Zoltan> Others couldn’t be present today, so I’m the only one who’ll be answering the questions

[19:07] <+Zoltan> As I stated before, “Awaken” is an indie tabletop rpg, set in the fantasy setting and world which is currently going through hard times

END_OF_DOCUMENT_TOKEN_TO_BE_REPLACED

[22:09] <+Jared> Hi guys! My name is Jared and it looks like a good amount of our core group showed up to support me, Thats super nice of you

[22:10] <+Jared> Our game is Remain Calm RPG a D20 game set during the modern Zombie Apocalypse in which you play as yourself instead of a hero. There is 0 BS in our game and most people don’t regularly survive their first game

[22:10] <+Jared> we set out to make a game that had, what our community considered more realistic health and damages and gives far far far more floor to firearms than most games

[22:10] <+Jared> however, our system is all based on the consequences of your choices as most of our new players find out first hand in the first game

[22:11] <+Jared> beyond that we set out to build an online system we’re calling the “meta system” for details check out our kickstarter

END_OF_DOCUMENT_TOKEN_TO_BE_REPLACED

[20:02] <+BenDutter> Hello, my name is Ben Dutter, designer of Vow of Honor RPG, a game about honor bound warrior-judges trying to make their world a better place.

END_OF_DOCUMENT_TOKEN_TO_BE_REPLACED

[19:01] <+GarethRH> I’m Gareth Ryder-Hanrahan (aka Mytholder on the interwebz), and I’m one of the writers for the DRACULA DOSSIER, an epic improvised campaign for Pelgrane’s NIGHT’S BLACK AGENTS, the game of spies vs vampires.

[19:02] <+GarethRH> The other writer being Kenneth Hite, who couldn’t make it tonight.

[19:03] <+GarethRH> The Dossier project consists of two books – DRACULA UNREDACTED, which is a new version of Bram Stoker’s classic novel, where we’ve restored all the secrets that Stoker was forced to remove from his original manuscript, and which has been annotated by three generations of MI6 analysts

[19:04] <+GarethRH> The other book is the DIRECTOR’S HANDBOOK, which is a giant sourcebook that helps the GM turn the novel into the biggest handout ever, and run an improvised campaign where your players get to hunt down and kill Dracula himself, once and for all.

END_OF_DOCUMENT_TOKEN_TO_BE_REPLACED

[20:02] <+ODAMMatt> Hi! My name is Matthew, alongside my partner John, and we’re here to talk about our game Of Dreams and Magic.

[20:03] <+ODAMMatt> Of Dreams and Magic is a modern fantasy RPG that puts the players in the role of Anima, special people who have learned how to make magic real through the power of their dreams.

END_OF_DOCUMENT_TOKEN_TO_BE_REPLACED

[19:01] <+GrantHowitt> My name is Grant Howitt, and I’m working on the relaunch of Paranoia with James Wallis and Paul Dean

[19:03] <+GrantHowitt> Together we are forming a sort of Voltron Super-team

[19:03] <+JamesWallis> I am James Wallis, I’m lead designer on the Paranoia reboot, working with my friends Grant and Paul.

END_OF_DOCUMENT_TOKEN_TO_BE_REPLACED 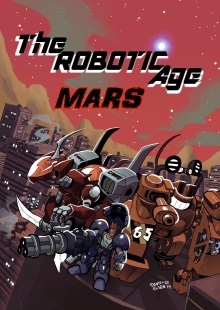 END_OF_DOCUMENT_TOKEN_TO_BE_REPLACED

[13:31] <+ChristianMuckler> Hi all, my name is Christian Muckler. I am the Creative Director of Ultimum, an upcoming tabletop/pc/smartphone/tablet/website RPG. I am working with a team of eight others who range in skills from App and Web development to art and mechanics work.

[13:33] <+ChristianMuckler> Thanks for giving me the time to do a little shameless promotion today 🙂

END_OF_DOCUMENT_TOKEN_TO_BE_REPLACED

Posted by saintnexan on November 7, 2014
Posted in: Q&A. Leave a comment

[20:04] <+ANKURRPG> ANKUR – kingdom of the gods is a caste based fantasy/sci-fi table top rpg set in a mythological past 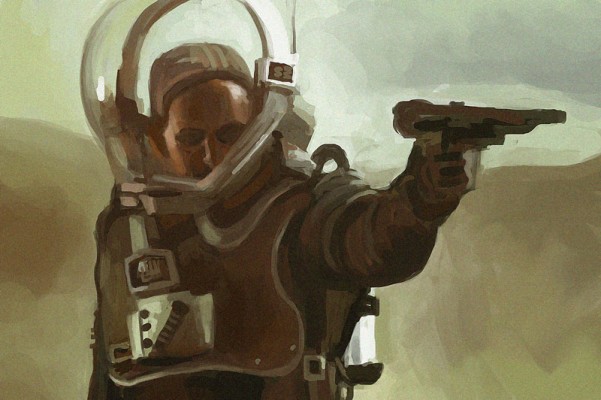