[19:27] <+JMThompson> Alight, I am Jonathan M. Thompson, head of Battlefield Press International and one of the authors of the new Savage Worlds setting…. The Dinosaur Protocol

[19:27] <+ChrisHalliday> I am Chris Halliday, freelance idiot and the other author of The Dinosaur Protocol

[19:28] <+ChrisHalliday> The Dinosaur Protocol is a post-apocalyptic roleplaying game with a difference…and that difference is dinosaurs 🙂 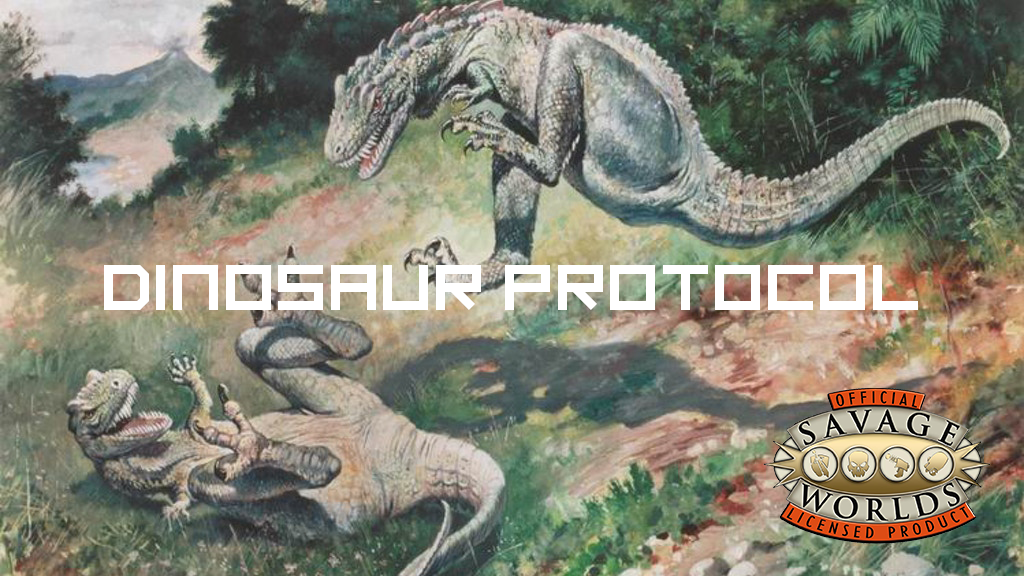 END_OF_DOCUMENT_TOKEN_TO_BE_REPLACED

[19:33] <+DarrellHayhurst> Hi, I’m Darrell Hayhrst, line developer for Torg Eternity. We’re a refresh of the much-loved game from the 90’s. The Core Kickstarted late last year, and now we’re drilling down into the Cosm expansions, in this case The Living Land! 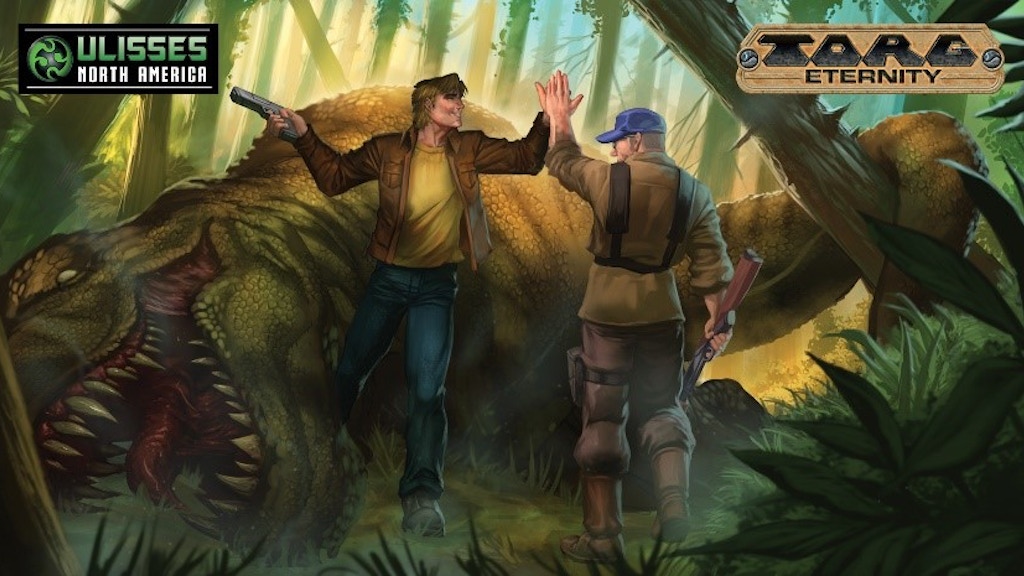 END_OF_DOCUMENT_TOKEN_TO_BE_REPLACED

[19:30] <+ProfMcG> Hello–Thanks for being here! I’m Prof. Christopher McGlothlin. You might remember me from such role-playing books as Lone Stars: The Texas Rangers (for Deadlands), WEG’s DC Universe line, and (for Mutants & Masterminds) Time of Crisis, Golden Age, Silver Age, Freedom’s Most Wanted, Time of Vengeance, and Noir. 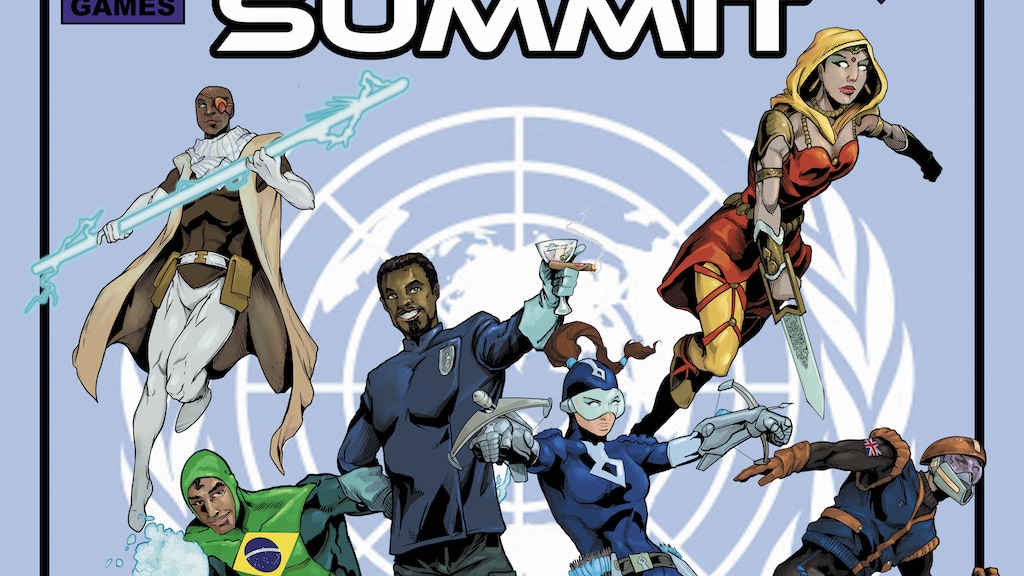 END_OF_DOCUMENT_TOKEN_TO_BE_REPLACED

[19:30] <+Erika_Chappell> okay! hi, i’m erika chappell, and i wrote a game currently on kickstarter called FLYING CIRCUS, where you play adventurers flying biplanes, getting drunk, and trying not to die

[19:30] <+Erika_Chappell> its a heavily, heavily modified powered by the apocalypse game designed around cool air combat 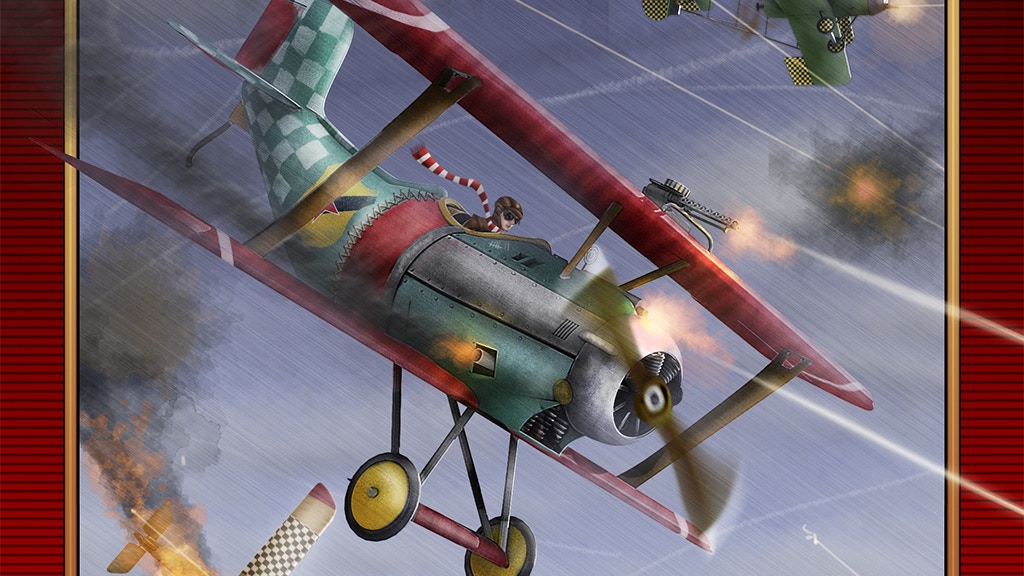 END_OF_DOCUMENT_TOKEN_TO_BE_REPLACED

[19:30] <+MikeMyler> Heyo everyone! I’m Mike Myler, a full-time freelance RPG designer for the past 5 years now. I work with lots of great folks (publishers big and small), I’m the editor of EN5ider, and I co-publish campaign settings with various publishers. Today I’m here to talk about a project for my eastern fantasy noir campaign setting for D&D 5e

[19:31] <+MikeMyler> Mists of Akuma: Imperial Matchmaker is a sandbox mega adventure focused around the imperial capital of Sanbaoshi and weddings decreed by the emperor himself in the hopes of bringing an end to an ages-old dispute between four clans from the Battle of Broken Spears.

[19:31] <+MikeMyler> The 2nd part of the Kickstarter is a book of iconic characters with builds from 3rd-10th level, all illustrated by Claudio Pozas and good to be used as pregenerated PCs or NPC rivals

[19:32] <+MikeMyler> and the 3rd part is the Trade War adventure path, which connects the 6 existing adventure modules with extra supplemental goodies in a larger narrative arc that takes PCs from 3rd-10th level (should’ve mentioned that Imperial Matchmaker goes from 4th-10th). 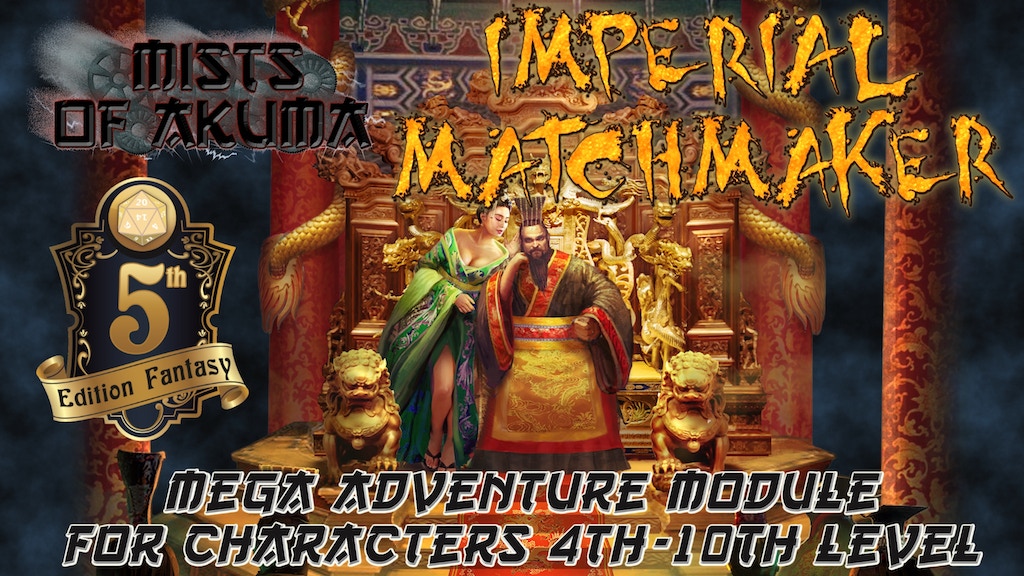 END_OF_DOCUMENT_TOKEN_TO_BE_REPLACED

[11:04] <+Juhana> Sure! My name is Juhana Pettersson and the game I have currently on Indiegogo is called Chernobyl, Mon Amour. I’m a Finnish roleplayer and game designer with a pretty ordinary profile in some ways: I started with D&D when I was maybe nine years old, then moved to Vampire when that became fashionable in the mid-Nineties and I was in high school.

[11:05] <+Juhana> I’ve published one roleplaying game before this, called Valley of Eternity in English. It’s available on drivethrurpg and is about tragic yet heroic penguin warriors and their mortal enemies, the anti-penguins who have a white back and a black belly.

[11:05] <+Juhana> Somewhat to my surprise, Valley of Eternity has been successful especially as a children’s rpg, despite being written for adults.

[11:06] <+Juhana> I used to work in television but a couple of years ago I quit it to focus full time on writing novels, make larps and design rpgs.

[11:07] <+Juhana> Chernobyl, Mon Amour is a minimalist, setting-focused roleplaying game about love and radioactivity. It’s about Ukrainian criminals who flee the law to live in the radioactive Zone, and try to make new lives there.

[11:09] <+Juhana> The game is also an attempt to codify and make into a book a style of roleplaying that’s pretty common in my specific scene, with a heavy focus on character and emotionally resonant roleplaying scenes. In that sense, the style isn’t really my invention, but a scene thing that I attempt to explain through this book.

END_OF_DOCUMENT_TOKEN_TO_BE_REPLACED

[19:31] <+CraigCampbell> I’m Craig Campbell, owner of NerdBurger Games. I Kickstarted and published Murders & Acquisitions in 2016. Right now I have my second RPG on KS, titled CAPERS.

[19:31] <+CraigCampbell> CAPERS is a superpowered game of gangsters in the Roaring Twenties. You play gangsters looking to make their fortunes in an age of illegal alcohol, gambling, prostitution, and racketeering…and you have superpowers. The game uses a playing card based press-your-luck mechanic where every trait check is a little bit of a gamble.

[19:31] <+CraigCampbell> It’s a little atypical, using playing cards rather than dice, but the playtesters have really enjoyed the system and the world. 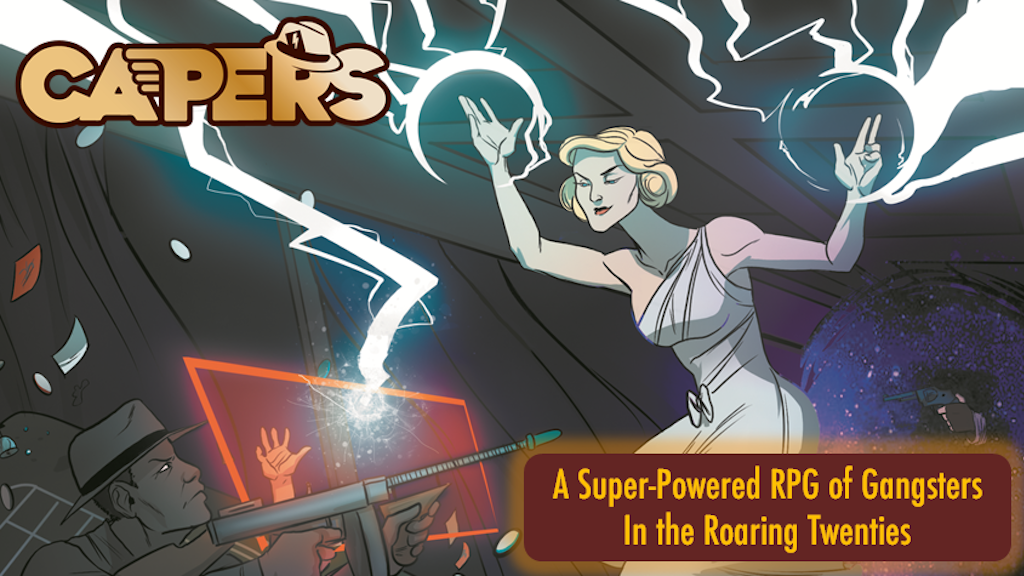 END_OF_DOCUMENT_TOKEN_TO_BE_REPLACED

[19:33] <+RikelWirkkunen> My name is Rikel Wirkkunen, and I am one of the three creators of Forbidden Tombs. Forbidden Tombs is a tabletop RPG that we created to have our own refined ruleset that doesn’t follow the traditional d20 layout. 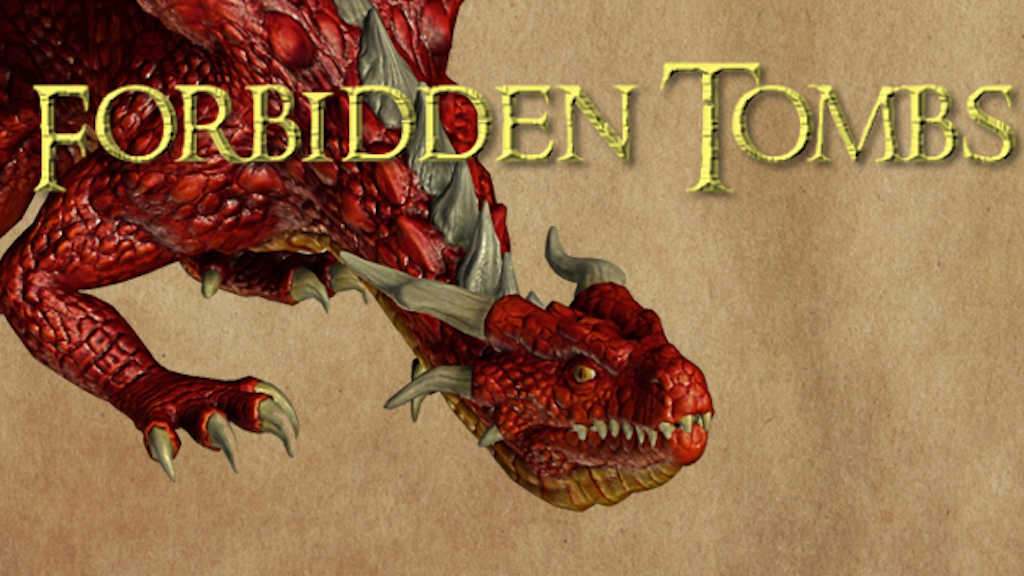 END_OF_DOCUMENT_TOKEN_TO_BE_REPLACED

[19:30] <+Bodycount_Matt> Ok, my name is Matt Corrin and I co-created the Bodycount game with Morgan Lean who unfortunately will notbe joining us today.

[19:31] <+Bodycount_Matt> Morgan and I have been designing games since 2005, mainly computer games and our Tabletop RPG was just for our own group.

[19:31] <+Bodycount_Matt> Last year we had gotten our own setting, which we call Dark Stars Universe to a point where we decided to develop it for possible publishing.

[19:32] <+Bodycount_Matt> We have designed two games set in the Dark Stars Universe, the first of which ois Bodycount

[19:33] <+Bodycount_Matt> Bodycount is a fast paced, cyberpunk game set in a giant tower block on Mars with 500 million human inhabitants. 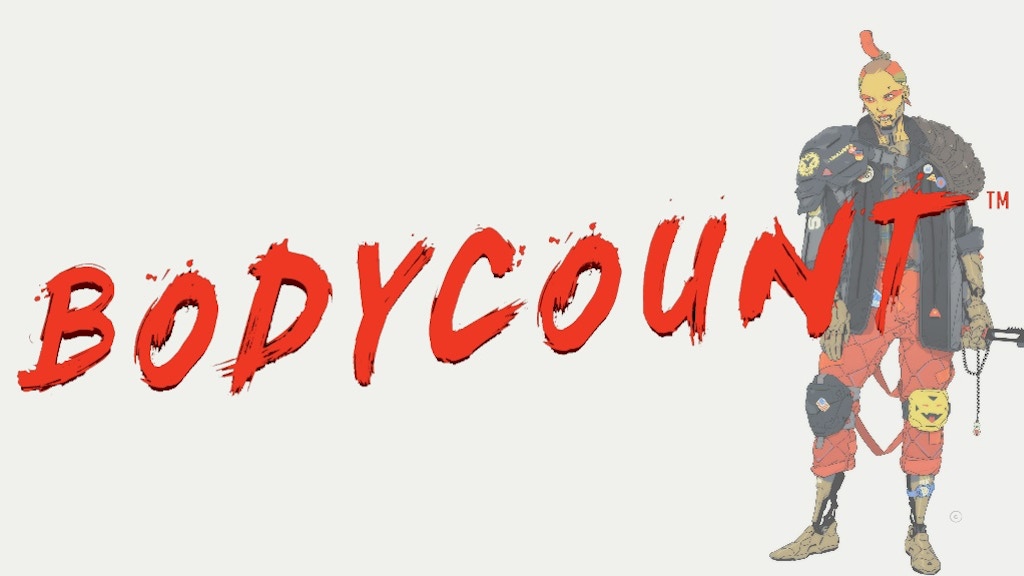 END_OF_DOCUMENT_TOKEN_TO_BE_REPLACED

[19:32] <+AnkurRPG> it has been published by Ingram and is available at Drivethru, B&N and Amazon

[19:33] <+AnkurRPG> Now I’m creating a new suppliment for the core game that will focus on an ancient African setting

[19:34] <+AnkurRPG> the core game focused mainly on ancient Sumerian myth, and the new book will focus on African myth