Posted by saintnexan on September 18, 2015
Posted in: Q&A. Leave a comment

[20:01] <+J_Thompson> Hello everyone. I am Jonathan M. Thompson. I am the President/CEO, Chief Writer and Chief Cat Herder at Battlefield Press, Inc. Today we are here to talk about our newest project, Northern Crown: New World Adventures for the Pathfinder RPG, and is used under license from Atlas Games. 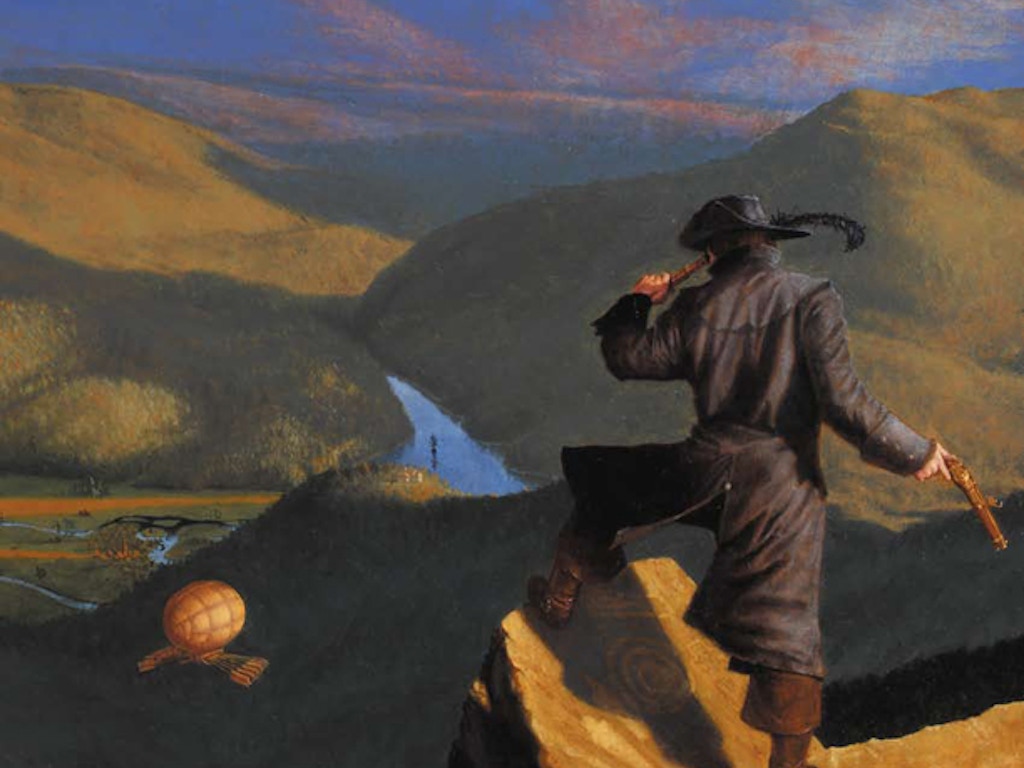 [20:04] <+J_Thompson> Northern Crown is an alternate history, fantasy version of 17th Century Earth. Its inspired by, more than duplicated the real world places.

[20:05] <+J_Thompson> The Northern Crown itself, is based on the Americas, named so for the primary constellation seen in the sky. (done)

[20:07] <+J_Thompson> Because when we approached Atlas to take the setting and republish it, the end result was that they would like to see it as Pathfinder because it was the easiest conversion. However, if we do well on this we are looking to approach them with versions in other systems.

[20:08] <&Le_Squide> Does the setting assume that most of the pathfinder core material (IE, classes and spells) is present?

[20:09] <+J_Thompson> The setting assumes that most of the existing rules are present, there are a few cases where new classes and modifications of existing classes have been created for a better fit with the setting.

[20:09] <+J_Thompson> It doesnt change the ability to use those options in NC, but we do give you a list of what we prefer. Afterall though in the end its your game.

[20:13] <+J_Thompson> A big one would be that the Salem witch trials actually targeted real spellcasters, another one is that the legends of the Americas actually exist (Paul Bunyan, Pacos Bill, etc.)

[20:18] <+willows> How are you handling the displacement and wiping-out of the Native population?

[20:18] <+J_Thompson> Some thoughts are things like this – What if Cotton Mather’s paranoid fantasies about the Salem witches were all true? , What if Paul Bunyan really was 10 feet tall and could fell a tree in one stroke?

[20:23] <~Dan> How do the First Ones differ from the historical Amerindians?

[20:28] <+J_Thompson> Not much, bu tthis time they have powers and magic on their side. The Uropians are in the area between the east coast and the Appalachians. Groups like The Five Nations have a leader that is capable of playing the Uropian Powers off one another, instead of being at war with them and their own traditional enemies.

[20:30] <+J_Thompson> All classes have been updated to fit the Pathfinder rules, so they have all been modified in the end so that they conform to the Pathfinder Core rulebook.

[20:32] <~Dan> Well, I meant what changes have been made to the standard classes to make them fit the setting?

[20:38] <+J_Thompson> Bards have a broader use, clerics have been expanded to things like shamens and medicine men, druids are classes brought by some Uropians (like the Kelts), They are the same, but largely defined by culture.

[20:41] <+J_Thompson> There is a bit of that as well, Natural Philosophers (like Franklyn) are prone to invent new things.

[20:45] <+J_Thompson> Agents are officials for the Crown, Natural Philosophers are like Scientist, generally only persued by wealthy characters being university trained, Rakes are duelist, preferring to settle things at the point of a pistol, Raider are pirate types, Scouts are those that go out into the frontier to find things (Daniel Boone type — if he existed in this time

[20:47] <+J_Thompson> Soldier is someone from the Uropian military units. and witches are sort of a cross between the warlock and the sorcerer classes.

[20:53] <+J_Thompson> A thing called a Dread Rattler which is a snake that can use spell like abilites, Undead men known as Lanternjacks that wander around the roads looking for souls to steal. plus some more mundane stuff like giant pocupines and snapping turtles

[21:00] <+J_Thompson> Armor is handled the same way mechanically, but the book has specific armor types that are available to specific cultures based on what was actually available at the time.

[21:01] <+J_Thompson> We didnt want to alter it too much, because its a Pathfinder compatible setting, not just a Pathfinder friendly setting.

[21:05] <+J_Thompson> Higher Dex characters get better bonuses. It does tend to make things a bit more even, plus players tend to not like getting shot. In my last run through, the party decided to negotiate their way out of the ambush instead of “guns blazing”

[21:07] <+J_Thompson> They are common to Uropian characters. About as common as they were in the real 17th century.

[21:08] <+J_Thompson> Not on the general level, but there is no reason that a particular weapon couldnt be a little more advanced.

[21:16] <~Dan> Do I recall correctly that Northern Crown shares the same setting as a fantasy Africa setting?

[21:17] <+J_Thompson> Technically that is true. And again depending on how well we do, we may be reprinting and updating that one as well. That setting is called Nyambe

[21:19] <+J_Thompson> There is always other settings to consider, as you are aware we are also a large Savage Worlds publisher, but its not limited to that…. we have enough talent in house that we could pretty much do it any system that we thought would make a great fit. D&D5 for example

[21:21] <+J_Thompson> These are things that are future concerns, we are not even going to ask until we see what kind of sales we have with this particular version of the book.

[21:24] <+J_Thompson> Yes, but he is named Chiron Franklyn in this version. Also with a set of the Franklyn Almanacs that do a bit of expansions.

[21:32] <+J_Thompson> That is not a question for us, as all we did was take an existing setting (published 2005/2006) and update it to the Pathfinder rules. The answer I can give you from my personal opinion is that its a great time to be an explorer. You can cover all the fantasy tropes in the Western hemisphere as you would in any traditional fantasy setting.

[21:32] <+J_Thompson> As the continent was more crowded in later periods, but there is no reason to not update the timeline if things work out.

[21:36] <+J_Thompson> From a piece I found ” Northern Crown incorporates advances in technology from the default pseudo-medievalism of Dungeons & Dragons. Firearms are relatively common.  The apex of melee combat is fencing, more intricately developed than the art of swinging a greatsword. Natural philosophers have begun to categorize and plumb the depths of phenomena observed in

[21:37] <+J_Thompson> the world — they’re mechanically a kind of spellcaster that relies on specific tools, but the process and effects are wholly scientific.”

[21:38] <+J_Thompson> And one more, ” Part of the world’s charm is it’s not only an alternate history of the world as we know it, plus magic, fell beasts and all that, plus it’s the greatest hits of renaissance/reformation Europe and colonial America. Fantasy Thomas Jefferson and Wizardly Ben Franklin lead a nation of freethinkers in the 17th century, while exiled King Charles

[21:39] <+J_Thompson> Both quotes do a really good job of explaining the setting.

[21:45] <+J_Thompson> We have offered a couple of things providing success, we acquired the Franklyn’s Almanacs originally published by Adamant Entertainment, and they will go out as a freebie to any backer at the $15 level or higher if we make it to goal.

[21:46] <+J_Thompson> Also we have a $2500 stretch goal, this will give those same backers a free pdf of the Caribe sourcebook (NC’s version of The Caribbean)

[21:47] <+J_Thompson> Caribe is scheduled for an April 2016 release date and the Franklyns Almanacs will go out as soon as we can get them updated.

[21:48] <+J_Thompson> We have plans for the Western Edge of the Northern Crown Continent, a Lewis & Clark style adventure path, a book for the Southern Crown and of course a new creature book.

[21:49] <+J_Thompson> Thank you for having me Dan, as always I have enjoyed it and the company in this room.