[14:28] <+Ed_Jowett> The game I’m talking about today is Era: The Empowered. I’ve actually been here before to talk about it.

[14:30] <+Ed_Jowett> When I was here before, the game was new, semi-formed and we could only offer a rulebook primer without character creation within. Now, we’re finished – the 300-page Core Rulebook is being written and illustrated and the Kickstarter is for that!

[14:30] <+Ed_Jowett> In addition, we’re offering a short story anthology made by some great writers (including #rpgnet’s own DWPearce!) set in the Empowered universe.

[14:31] <+Ed_Jowett> The idea behind the game is to provide an opportunity to play any sub-genre of superhero story – you can be one of the first to appear, or much later when being a superhero or supervillain is almost common!

[14:31] <+Ed_Jowett> You can face down alien invasions, Atlantis’s forces, the old gods of legend and even the Assassins Guild!

[14:33] <+Ed_Jowett> We’ve aimed to get all of the “tropes” which you see in comics and also in the animated work which DC and Marvel produce so much of, plus the current movies and TV series… we love the superhero genre and we aim to provide everything you could want under one game! 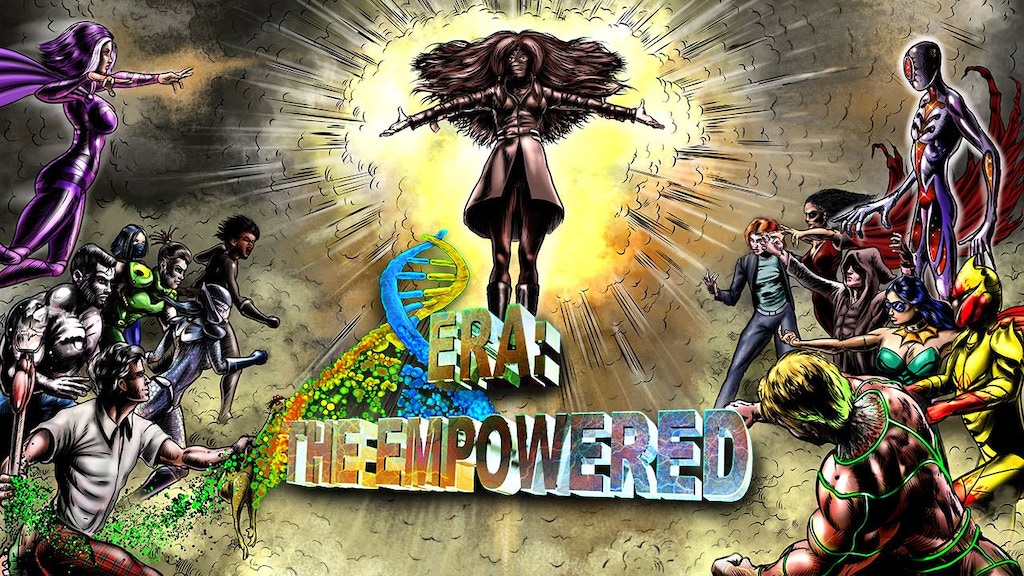